A script to identify under-mapped areas across the earth

To identify which areas are under-mapped for better.

A process and script to highlight under-mapped areas in a country. 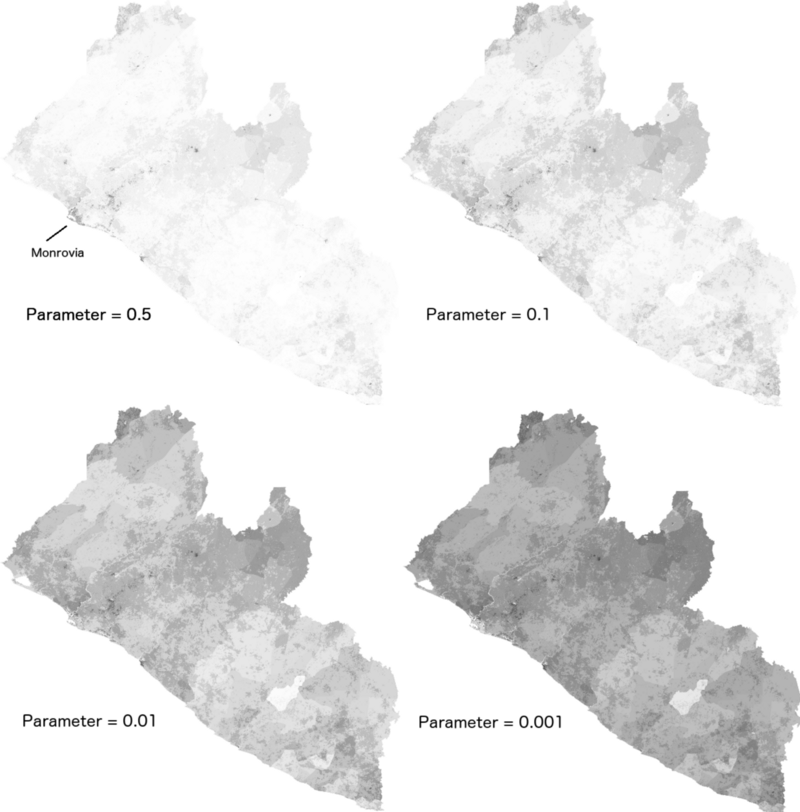 Missing Maps aims to map the most vulnerable places in the developing world. This would allow international and local NGOs and individuals to better respond to crises affecting these areas. A year and a bit after starting the project the question of ‘Where are the maps missing?’ became relevant due to the value offered by preventative mapping (mapping of vulnerable areas much before a natural disaster). To answer this a combination of datasets was used to produce maps like the ones shown below.

We developed a script which uses the World Pop project and OpenStreetMap. The World Pop dataset contains detailed population maps roughly to the scale of 100m x 100m. OpenStreetMap the world’s largest collaborative project to create a free editable map of the world. The script compared the two datasets to give an indication of which areas are heavily populated (according to the World Pop dataset) and under mapped on OpenSteertMap.

To solve the issue of not knowing what was considered as ‘well mapped’, a comparison of the two data sets was created.

Some interesting results were immediately viewable. For example, you can now see that half the town of Kakata is highlighted where the town’s buildings were mapped in the north, but not the south.

The open source script is available on GitHub. Currently this process is very rough and ready and can only be used for broad brushed understanding of unmapped areas. Future improvements could include: 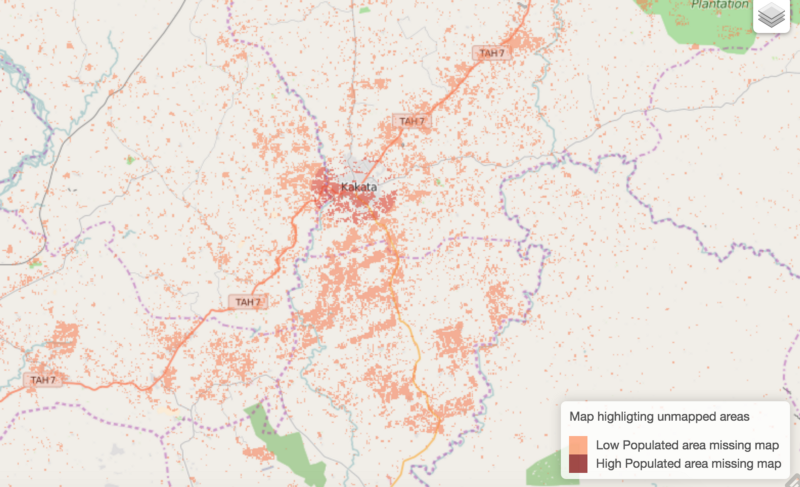 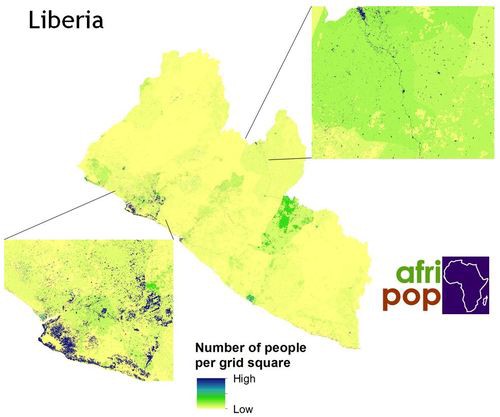 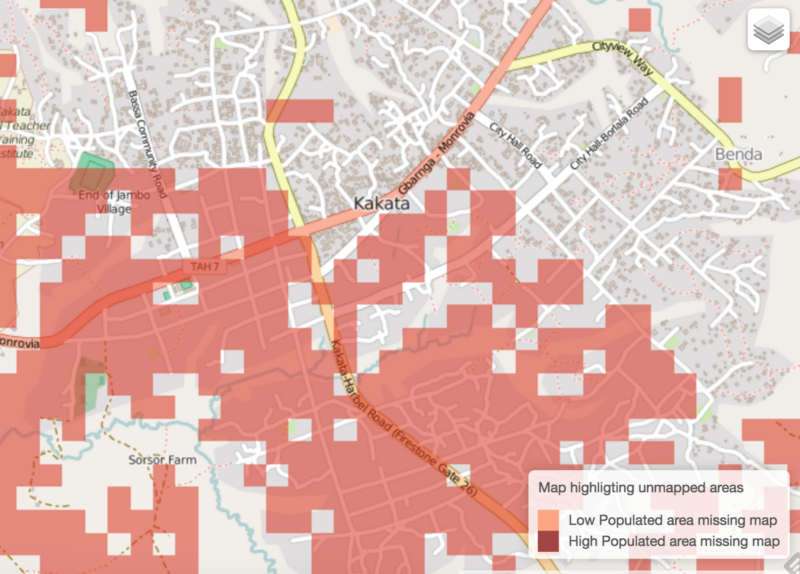 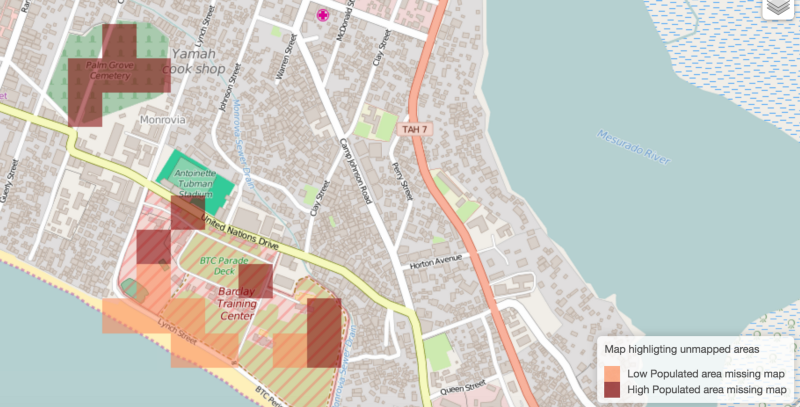